The end of the Middle Ages manifests itself in a rebirth of the Human. The individual gains self-confidence, discovers his capacity for free will – a new idea after centuries of determinism and fatalism. The Renaissance is marked by a thirst for life, a desire for knowledge and a passion for antiquity, now a great source of inspiration.

The aristocracy set about building the marvellous castles of the Loire Valley. First Chambord by King François I who returns from Italy with many artists, in particular Leonardo da Vinci, bringing the Mona Lisa in his luggage. The ensuing effervescence also manifests itself in the field of jewellery and goldsmithery.

At that time, in Europe, there was a certain homogeneity in the style of jewellery. The exchange of gifts between the royal courts unified fashion. In addition, the printing press, which had just been invented, allowed the circulation of designs throughout the countries.

The jewels are only very rarely signed. 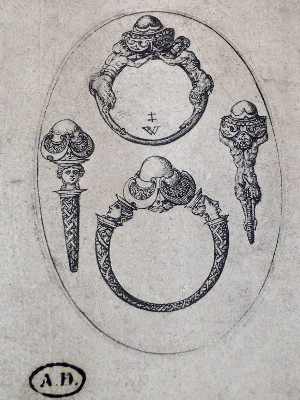 Source: Archives of the Decorative Arts Library in Paris

On the whole, in the 16th century, gold was often combined with enamel, which had just been invented in Limoges, and set with baroque stones and pearls from distant lands. 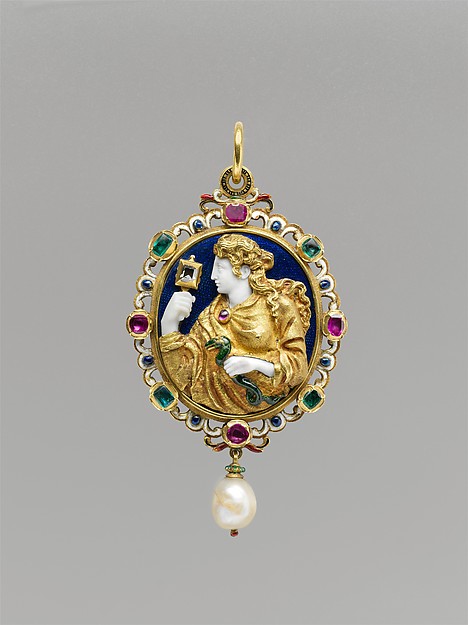 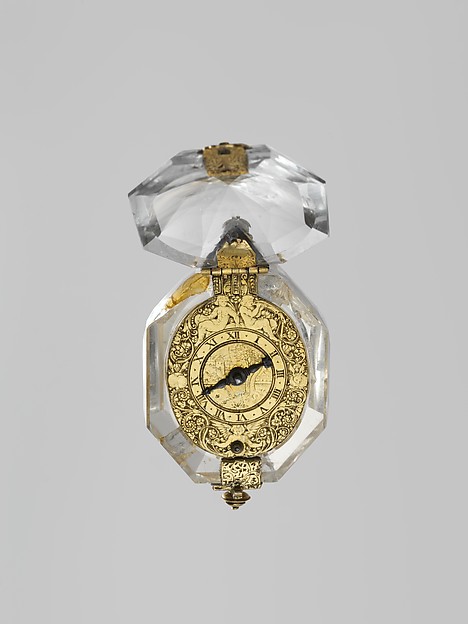 Some jewels display a Greco-Roman inspiration, characteristic of the Renaissance, with sober lines, a search for balance and nobility. They often represent themes from antiquity. 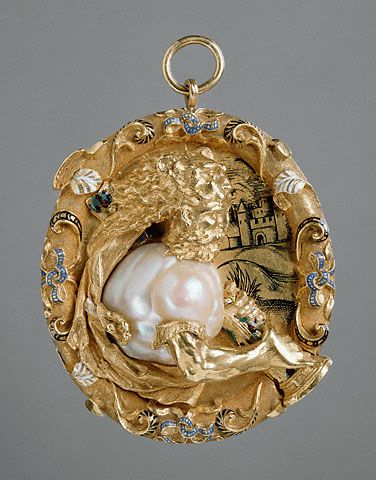 But, especially towards the end of the 16th century, some goldsmiths took the opposite tack to classical perfection. It is the time of mannerism, the precursor of baroque, which introduced movement and arabesques. 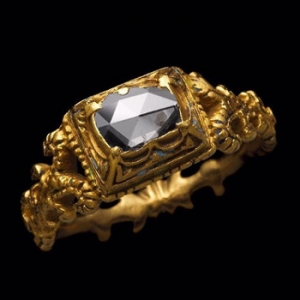 Men and women wear a lot of jewellery, on their fingers, around their neck, on their belts. Women also wear jewellery in their hair and at their ears. 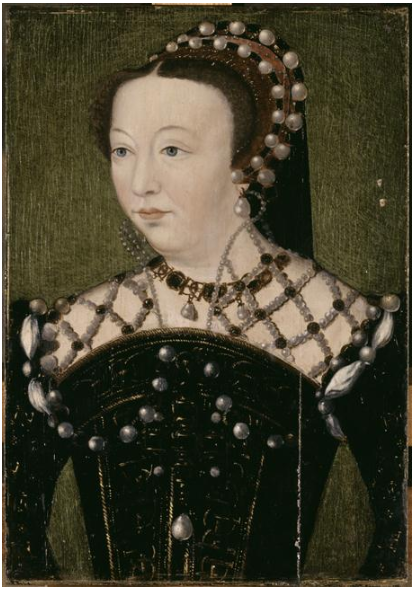 Jewelry of a surprising originality

Certain types of jewellery, characteristic of this period, are surprisingly original. This is the case, for example, of the “fede” rings, with two interlaced hands, symbol of union. 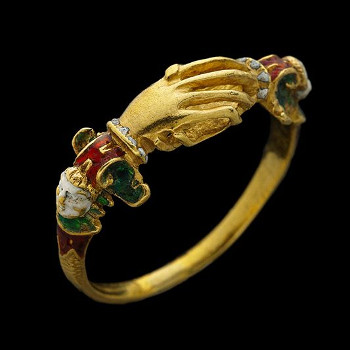 Catherine de Medicis arrived in her turn from Italy with “pomanders”, jewels containing fragrant pastes or powders that have health virtues. They are supposed to fight diseases and help to survive the great epidemics.

Curiously, toothpicks or earpicks made of precious metal are worn on the belt, in the same way as prayer books. 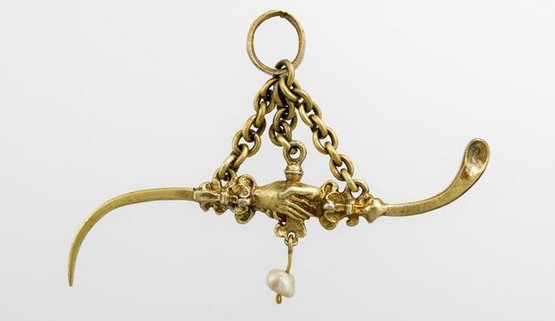 The jewels “memento mori” or “cogita mori”, evoking death in the form of skeletons, skulls, coffins or inscriptions should remind us that we are mortal and encourage us to follow the precepts of the church in order to have access to paradise later. This kind of jewelry will remain widespread in the 17th century, but its meaning will change. It will be used more to remember the disappearance of a loved one. 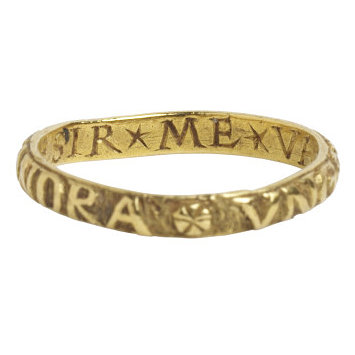 The church no longer had a monopoly on orders, and rich merchants and aristocrats alike became patrons. The subjects are no longer exclusively religious. This medallion, for example, represents a woman choosing between two men, one young and one old. 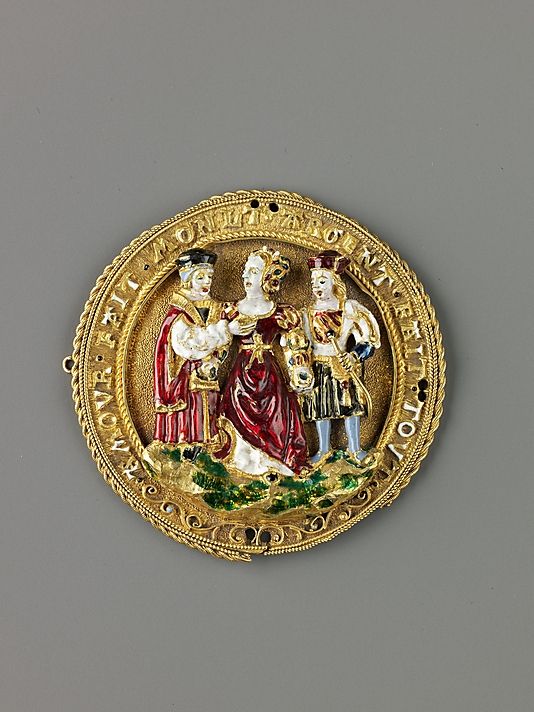 However, not all the jewels were as refined as those shown above.

In this brief overview of 16th century jewellery, I have not told you about the creation of the “crown jewels” by Francis I, a fundamental event, which I have already covered in the article on the origin of the French jewellery tradition.

Where does the French jewellery tradition come from?

Arnoldi International In pursuit of coloured stones
Scroll to top