In pursuit of coloured stones

You are here: Home1 / Gemstones2 / In pursuit of coloured stones 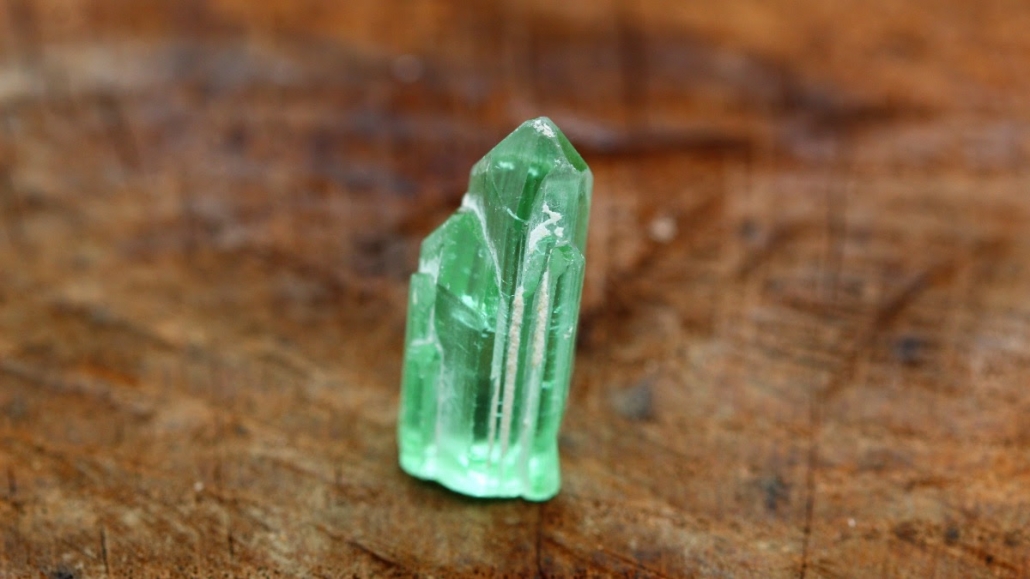 In pursuit of coloured stones

The market for coloured gems is as exciting as it is varied and complicated. Each gem is unique and therefore rare. New mines are constantly being discovered while others dry up. On the other hand, those involved in the trade often remain the same and pass on their know-how from generation to generation. This is the case, for example, in Idar-Oberstein, a small town in Germany, where the centre of rough stone cutting in Europe is located. But in the world of coloured stones, know-how is not only technical: it is very much based on experience. You have to be able to SEE.
I propose you a journey, the one that a beautiful gem, which you could admire in a Parisian jeweller’s shop, could have made.

The birth of stones

First of all, there is a combination of incredible circumstances: The presence of different chemical elements, of course, but also a certain pressure, a certain temperature and a crystalline germ! A gem is then born in the depths of the earth.

These buried treasures have not all been discovered yet, far from it. In the 2000s, for example, opal deposits were discovered in Ethiopia. Also in Ethiopia, a new deposit has been providing some of the most beautiful emeralds ever found since 2016. In recent years, many new deposits in other African countries have also provided us with tourmalines or garnets with exceptional colours.
Apart from the big mining companies, there are many small mines, which are most often exploited by their owners: a family and people who live nearby. However, one should not imagine that the smallest deposit brings fortune. Only a small part of the extracted stones has the “gem” quality used in jewellery.

Difficulties on the spot

The life of a miner is very hard, but he often has no choice in countries where the economic and social situation is disastrous. In addition to the difficult living conditions, there are many other problems. In Myanmar, Burma, for example, during the rainy season, the ruby, sapphire and spinel mines have to remain closed for several months of the year because they are submerged. Another problem is the conflicts between the owners of the concessions and the illegal miners, which are sometimes very violent and range from the burning of houses to murders. The bad guys can be on both sides. For example, it seems that Bridges Campbell, a gemologist (discovery of tsavorite garnet) and concession owner in Kenya, was brutally murdered by illegal miners who coveted his concession. On the other hand, the large London-based mining group Gemfields, which was accused by NGOs of being behind serious abuses committed by the police and a private security company to put an end to the activities of illegal miners, agreed in January 2019 to pay 6.7 million euros in exchange for dropping a complaint. Fortunately, these are extreme cases and it does not always happen this way.

The owners of the mines have the rights to their production. They decide who they sell to and at what price. At least since the Internet has been around, they have been very aware of the prices around the world. Sometimes they hold on to stones for a long time, until the day when they meet the right customer. But price is not everything. For both parties, seller and buyer, the quality of the relationship is very important. Both think long term and trust is paramount. Therefore, it is essential for a buyer of rough or already cut stones to be often on the spot, to maintain good human relations and to know the history of the people.

Physical presence in the producing countries is also important to “feel” the market. It is important to know what kinds of gems have recently been discovered, which mines are no longer producing or are producing very little, what the new regulations are…

In addition to direct contact with producers, buyers use intermediaries, who carry out a pre-selection and propose batches of stones according to the specific needs of their customers.

Rough stone can have various shapes and inclusions that will affect its colour, purity and other characteristics. Thus, it is very difficult to predict which gem will come out of the rough stone, once cut. Even for an experienced professional with a trained eye, buying a rough is a risk.

For the stone to reach our Parisian workshops, the journey continues. It can happen in different ways. Either the buyers of the rough will market the cut stones at the major trade fairs in Hong Kong, Tucson, Basel, Munich and others. Or they will offer their goods directly to their customers by visiting them. Some producers will cut their own production and sell the stones to traders.

How do we set the prices? There’s no scale. Even though quality criteria can be stated, beauty is still a subjective evaluation. Scarcity and intensity of demand obviously drive prices up, as in any market economy.

But the magic of natural stones is still there. It is timeless and eternal. All of us, miners, lapidaries, traders, jewellers are subjugated when we come across a beautiful stone, even after decades in the trade.