You are here: Home1 / TO DISCOVER2 / Portrait

Born in Düsseldorf, Germany, her university studies in economics and business administration did not predestine Annette Girardon to become a jewelry designer in Paris, in the Place Vendôme district. Except for a grandmother, a jeweller in East Prussia. However, for almost 20 years, she has been the confidant, the accomplice, of those who have dared to embark on a creative adventure and who are not satisfied with a piece of jewellery that is only aesthetic but are looking for a tailor-made creation inspired by their personality, born of their emotions. Annette does not create collections according to a given theme, as is common practice in jewellery. Her source of inspiration is the personality of her clients.

It is at the Haute école de la joaillerie, rue du Louvre in Paris, that Annette learns the meticulous craft process in which all the jewellery expertise is involved: modeling, casting, setting, polishing, etc. After having designed for a great jeweller in Geneva, she becomes independent and creates the first jewellery under her name. She has been exhibiting for several years at the Paris designer jewellery shows, and also in Düsseldorf and London.

In 2007, a new step in Annette Girardon’s career: she opened a design studio on rue du Mont-Thabor. It is a small urban garden, a stone’s throw from Place Vendôme. A workshop in a courtyard full of olive trees, box trees and camellias, an oasis of charm and serenity. 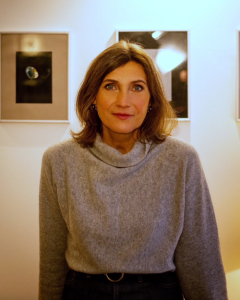 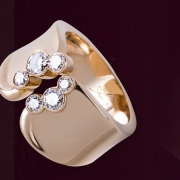 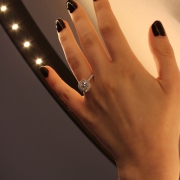 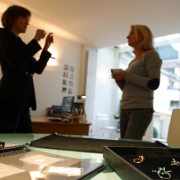 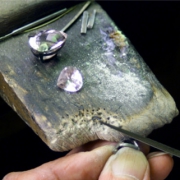